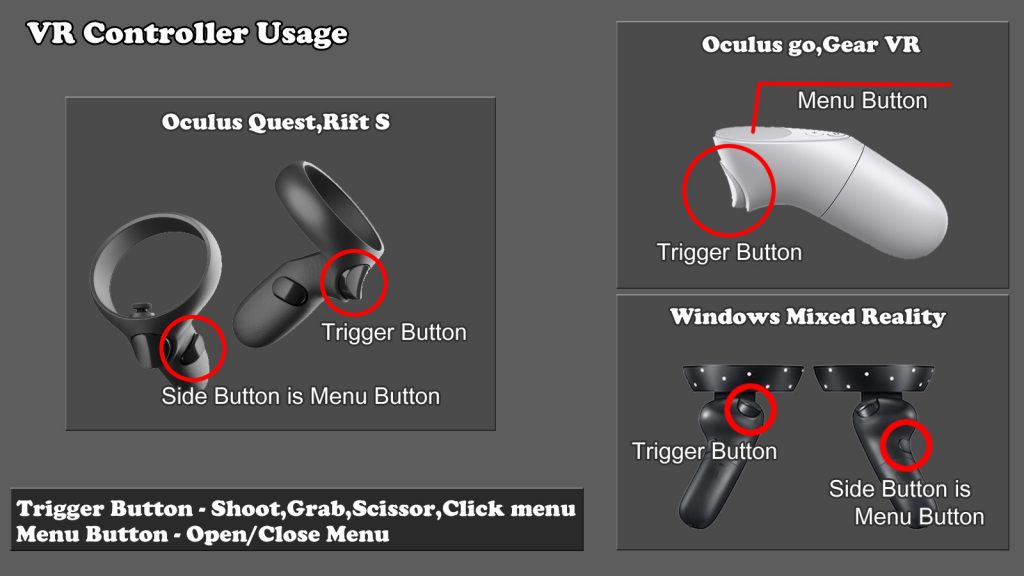 Choose a matching controller to your device

Otherwise, analog sticks are not going to work. 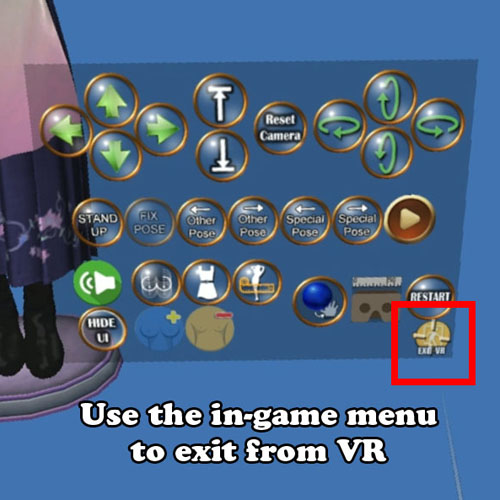 hide the menu button on the sky

If the menu button is hidden,
Hand tracking user can access menu by this gesture without the button 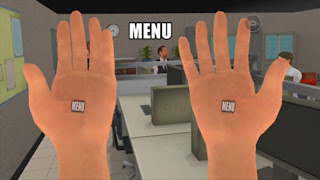 Repeat Sex button will show when it is possible to use. It repeats only the sex parts of the animation.

Dynamic Light Effect
- Recommend OFF on [Oculus Go,Google VR with Snap 835]
Antialiasing
– This option taxes your device very much
– Need experiment with this option on PC devices. PC WebXR may already have default antialiasing. Turning this ON may slow it down with no quality gain.
Resolution
– Find a best trade-off resolution for you
– Recommend 1.4X on solo girl contents.  Experiment 1.2X on VR Comics displaying multiple characters.
– Resolution has no effect on PC VR.
Shadow Detail
– Default will provide a blurry shadow, fit for Mobile VRs.
– Fell free to experiment on your device. Maximum shadow may slow down even the PC VRs.
Recommendations
– For Oculus Quest, 1.4X resolution with no Antialiasing
– For PC VRs, use default resolution,Shadow High or Max. (Antialiasing needs experiment) 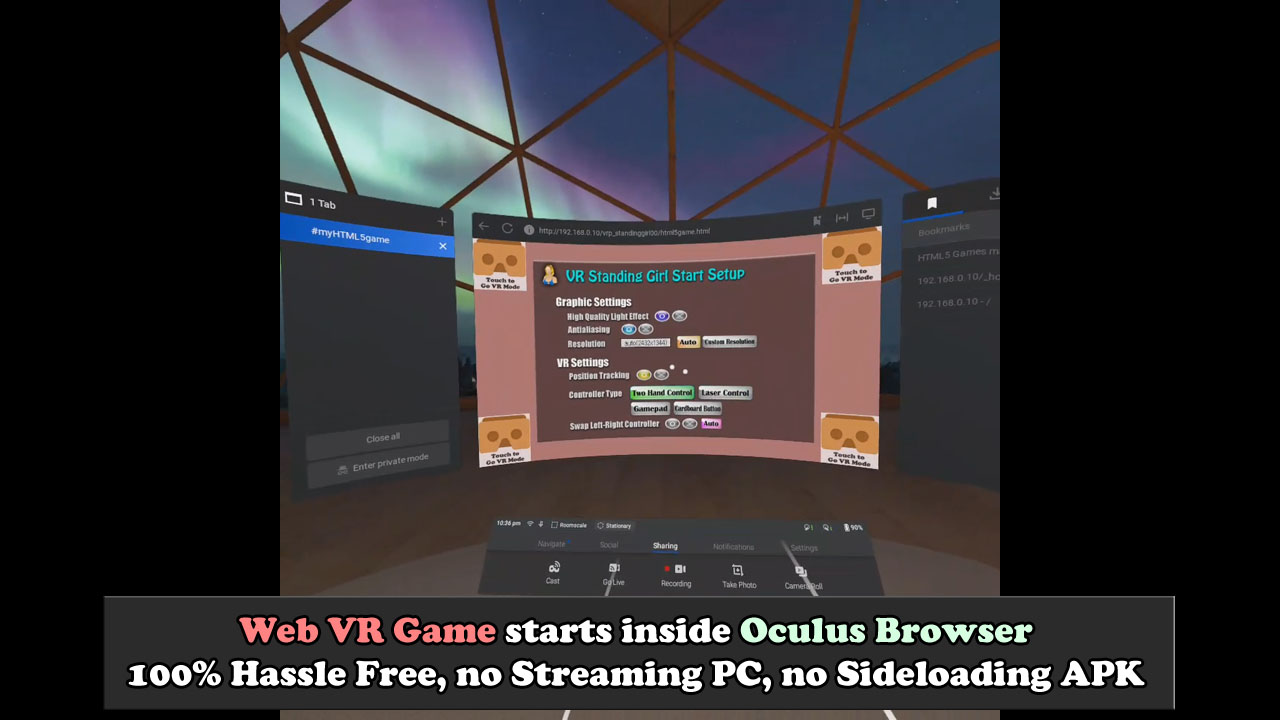 👉 This is the site permission

1) first turn on OpenXR runtime in Oculus  image
2) Go to Oculus Home's Desktop mode, open Chrome/Edge browser and open WebXR page. (or open WebXR page in non-VR mode, and go to VR later)   image
This method is tested in Rift S.
*You can do the web browsing inside VR with this method.
(this method was for the last time on 2022-10-27. I don't have Rift S anymore)

*This device is no longer verified (checked for the last time on 2021-8-17 with full windows update)
As I experienced, WebXR was frequently broken by Windows updates, but it eventually came back every time. So I suggest you don't give up if you want WebXR in Windows Mixed Reality.
Windows Mixed Reality Image Guide -Tested on Samsung Odyssey.
*Single controller deadlock - WebXR won't start with only one controller. Always start with both controllers.
** You may encounter the OpenXR Fix message like this. You have to "fix it" to run WebXR. Skipping this will cause the "WebXR error" in the game start page.

*This method was tested using my Rift S on 2022-10-27. But it failed to work.
It's not my fault considering that the official WebXR samples didn't work, either.
It seems SteamVR or Chrome has given up the WebXR support. But you can try, it may work some time later.

1. Choose a matching controller to your device

Otherwise, analog sticks are not going to work.

Assign SteamVR as OpenXR Runtime in the SteamVR Setup.
Open Chrome Desktop version,  open WebXR page,  click "Go VR" then wear headset.
* You may have a long delay (several seconds) to see the game image after wearing the headset.

*This device is no longer verified. I don't have the supported phone anymore.

Unfortunately, recent Chrome 85 update doesn't allow you to start WebXR inside VR. You don't have the Chrome icon inside the Daydream VR.

To fix this, you either
1) uninstall Chrome and install chrome 84 from apkmirror, also need to disable auto APP update
2) start VR in Cardboard VR like manner (start in non-VR, and wear headset later)

Android APK tutorial is easy to find, I'll leave the details to the users.